Nigeria may experience fuel scarcity in the coming days following the threat issued on Monday by the Nigerian Union of Petroleum and Natural Gas.

NUPENG has given the Federal Government a two-week strike notice, raising the possibility of fuel scarcity across the country in the coming weeks.

NUPENG members basically control the downstream arm of the oil sector and an industrial action by the union would ground the supply and distribution of petrol nationwide.

Citing the need to attend to oil workers’ welfare, NUPENG said it would begin the proposed strike at the expiration of the notice. 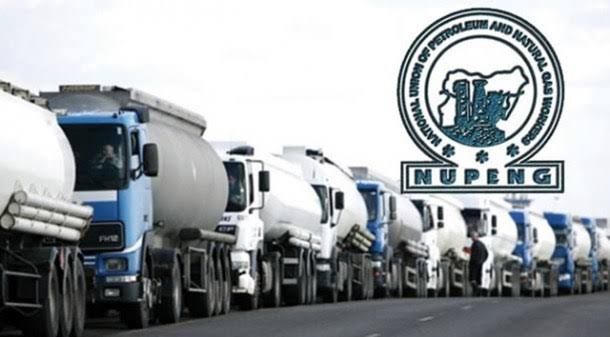 The union had reached its decision during a special national delegates conference convened on last Thursday.

It listed non-payment of workers’ salaries, title benefits, among others, as reasons for its resolution.

The resolution read in part, “We write to convey to the general public and all relevant government agencies the resolution of the special national delegates conference to issue a 14-day notice of a nationwide industrial action if some legitimate welfare and membership related issues that have been variously resolved in our favour even by the Federal Ministry of Labour and Employment are not adequately and conclusively addressed and resolved within the next 14 days.  This ultimatum takes effect from Monday, November 15, 2021.”

Outlining some of the issues, the union said the first one was the outstanding short payment of terminal benefits to it members that were declared redundant in 2012 by the management of Chevron Nigeria limited.

It also accused the management of Chevron for terminating the employment of contract workers because the employees consented to join the union.

This, it said, was despite the fact that the workers had put in between 10 to 20 years in continuous employment and that their jobs were terminated without payment of terminal benefits.

“There is also the matter concerning PYRAMIDT workers, who for more than 20 years now are being moved from one labour contractor to another without conditions of service and union representation/recognition,” the union stated.

It added that contract workers working in Oil Mining Lease 42 of the Nigeria Petroleum Development Company, a subsidiary of NNPC, were being continuously owed salaries and allowances for upwards of eight to 10 months. NUPENG said efforts to make the management of the NPDC and the contractors do the needful on the pitiable plights of the hapless workers had yet to receive any meaningful attention and actions.

It also indicted the Nigeria Agip Oil Company and its contractors for owing contract workers’ salaries and allowances for upwards of 10 months.

Officials of the Federal Ministry of Petroleum Resources and NNPC told our correspondent that the cut down in the number of contract workers, especially at NPDC, was part of the ongoing reforms as contained in the recent Petroleum Industry Act.

The Body of Osibona, Owner of the Collapsed Building in Ikoyi Lagos Recovered- Read

The body of the Managing Director, Fourscore Homes, Femi Osibona, has been recovered in the rubble of…

Nigerian singer, Tiwa Savage has gifted Nollywood actress, Iyabo Ojo, the sum of N500K. Below is the…